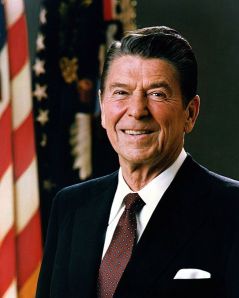 Ronald Reagan is known as the poster child for conservative Republican views of capitalist economics. So, what are some rules for economic growth that we may take from him? Firstly, we have to operate under the assumption that his free market capitalism is only Biblical when regulated by the Biblical laws of faith in God (Deut. 8) and generosity to the poor (Luke 16). Otherwise, all economic growth is vanity, self-centered greed, and deceit. Secondly, although Reagan had a degree in economics, his forte was acting; and so, most of his economic ideas came from his economist advisors Alan Greenspan, Milton Friedman, and others.

To extract some helpful rules for economic growth from Chapters 4-5 in Leonard Silk’s Reagan the Man, the President (1980):–