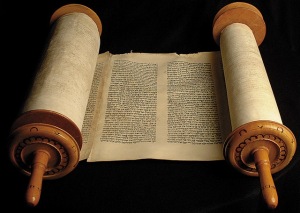 Only the moral law remains (Romans 8:4): laws in the Old Testament that are repeated in the New Testament are considered “moral” laws; a deeper study of this difference from the ceremonial law would be in order (see Walter C. Kaiser, Jr, “The Law As God’s Gracious Guidance for the Promotion of Holiness” in Five Views on Law and Gospel). But for now, I will use my gut and natural reason to bold-text commands in Leviticus that look moral. This is Part 1, the second will be a codification of Deuteronomy. Christians are expected to obey the moral law if they are to expect the blessing, presence, and salvation of God: albeit, under the justifying grace of the cross. Note: while I will say that the execution laws might not necessarily be applicable in the United States today, they are still laws that express the moral opinions of God about these sins…

Lev. 6 – against using deception to steal (v. 2), atonement; animal sacrifice; food for the priests (males only)

Lev. 8 – priests wear special garments (v. 7): basis for pastors wearing vestments?; Moses ordained Aaron and his sons with a blood and animal sacrifice; if they did wrong, they would die (v. 35)

Lev. 16 – Moses knew that God would appear in a cloud above the ark to Aaron (v. 2); atonement; animal sacrifice (scapegoat); the Day of Atonement (v. 29)

Lev. 17 – no rogue animal sacrifices: had to bring them to the temple; no animal sacrifices to demons (cp. Satanism, occult, v. 7); “it is the blood that makes atonement for the soul” (v. 11)

Lev. 22 – priests must avoid “unclean things” prohibited in the ceremonial law, or else he will be cut off from God’s presence (vv. 1-16); maimed animals or the hands of foreigners should not be involved in sacrifices (vv. 17-25)

Lev. 25 – a Sabbath Year should be kept in the seventh year of Canaan’s habitation (vv. 1-7); the Year of Jubilee will be kept in the fiftieth year, to release the people from financial oppression, and proclaim freedom for servants (vv. 8-55)

Lev. 26 – you shall not make or worship idols (v. 1); keep the Sabbath and go to church (v. 2); for those who obey God’s commandments in this book of Leviticus, God will give blessings of rain, fruit, prosperity, safety, security, victory over enemies, and God’s presence (vv. 3-13); for those who disobey, God will give curses and punishments of terror, life-threatening diseases, depression, fruitless work, subjugation to enemies, restlessness (vv. 14-17), and if impenitence continues even after these punishments, then things will be seven times worse: you will always have a barren farm, and no matter how hard you work, you will never make any money; wild animals will kill your children, your livestock, your animals, and wars and plagues will be sent to harm you, you have very little food, you will turn into cannibals and eat your children, and your idols will be destroyed, and your city will be laid waste, and your synagogues burned, and you will smell nothing pleasant, and the land will be replaced by your enemies, and you will be scattered among pagan countries, and you will be killed and antisemitic genocides will be committed against you (the Holocaust), and there will be a spirit of fear, panic, and paranoia among you (vv. 18-39); but if the people will confess and repent of their sins, and their fathers’ sins, and they accept their troubles as God’s punishments for their sins, then God will remember them, and bring them back to the land of Israel (as He did in 1948) (vv. 40-46).