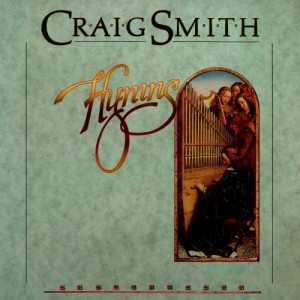 “The crusade team was filing onto the bus for yet another trip when my dad stopped Craig Smith. ‘You need to have this,’ he said. He held out a hymnal with a tattered woven cover. Craig wondered if the book was some castoff from the pile Dad was amassing at Leonard Ravenhill’s suggestions. But in a quiet moment that afternoon, as the bus hummed along, Craig dipped into it. The hymnal was published by the Methodists and was well over a hundred years old [ed.–something probably close to this edition–click here]…Craig was so enamored with the hymns’ beauty that he decided to try to record some of them…‘We did it in a baroque kind of classical style’…When they finished it, Craig gave a copy to my dad. I don’t remember my father ever being excited over a record, but he insisted on listening to this one with the Ravenhills in the Smith’s home. ‘We were all sitting in my little living room–David and Gwen, Leonard and Martha, Dianna and me–listening to the album,’ Craig says. ‘It was a full LP, with two sides, and you know Brother Dave was not given to sitting down for any length of time. Each hymn was long, five to six minutes, because there were a lot of verses. At the end of every song, David would say, ‘Wow.’ He wasn’t responding to me; he was responding to those songs and what it was like to hear them performed.’ The listening party continued for almost forty minutes. Everyone–Dad, my mom, Leonard, and Martha–were crying. ‘I’ll remember that evening till the day I die,’ Craig says. ‘I was so moved, and so incredibly humbled. I had never seen Leonard Ravenhill weep, and I’d never seen David tear up. They all let their guard down and were having a moment. I think Leonard particularly was reliving something of his past, maybe experiencing some of his younger years, listening to songs by writers who loved God with all of their hearts’” (Gary Wilkerson, David Wilkerson, pp. 237-238).