A Response to Non-Judgmentalism

Antinomianism – The word antinomianism comes from two Greek words, anti, meaning “against”; and nomos, meaning “law.” Antinomianism means “against the law.” Theologically, antinomianism is the belief that there are no moral laws God expects Christians to obey. Antinomianism takes a Biblical teaching to an un-Biblical conclusion. The Biblical teaching is that Christians are not required to observe the Old Testament law as a means of salvation. When Jesus Christ died on the cross, He fulfilled the Old Testament law (Romans 10:4; Galatians 3:23-25; Ephesians 2:15). The un-Biblical conclusion is that there is no moral law God expects Christians to obey. [Originally from here.] 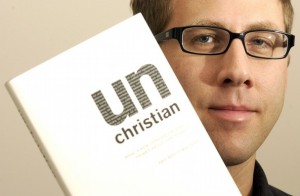 I just read one of the most horrific antinomian chapters of heresy in my whole life! David Kinnaman’s Unchristian (2007), chapter 8: “Judgmental” makes the case that pastors, youth pastors, and all Christians should be completely non-judgmental towards sin and morals; and only be tolerant of sin and loving of sinners in their sins. It is Seeker-Sensitive theology for Generation Y, my generation. Some heresies are die hard; this antinomian non-judgmental stuff is very old; but it was (sort of) refreshing to see the heresy articulated again in its most up-to-date form, at least so I can try to rebuke it utterly with all of my heart. On page 255, note 2 for chapter 8, Kinnaman provides a list of Scriptures that he believes teach non-judgmentalism (the idea that Christians should not tell other people what they’re doing is wrong). I felt sick as I read him taking these Scriptures out of their context and reinterpreting them in a liberal, antinomian, morally lax, carnal manner. So, to make up for this, I consulted Matthew Henry, Adam Clarke, and the NIV Study Bible to compile a traditional orthodox interpretation of these Biblical passages; and respond to Kinnaman’s gross misinterpretation and immoral misapplication of the inspired Word of God. David Kinnaman and his crowd seem to fit well into these Scriptures: “Evil men and impostors will go from bad to worse, deceiving and being deceived…For the time will come when men will not put up with sound doctrine. Instead, to suit their own desires, they will gather around them a great number of teachers to say what their itching ears want to hear” (2 Timothy 3:13; 4:3-4).

1. Matthew 7:1-2. This only forbids hypocrites from judging others (v. 5). Particularly, rash and unfriendly judging based on the personal like or dislike of a person.

2. Luke 6:37. Again, this only forbids hypocrites from judging others; and it does not forbid genuine spiritual discernment (vv. 43-45). This forbids harsh, demeaning, and unmerciful condemning of others.

3. Luke 7:36-47. Jesus does not rebuke the Pharisee for judging at all–He is not going to the extent of teaching non-judgmentalism. Instead, He teaches the Pharisee how to make a righteous judgment of a person who has repented and been forgiven by God (vv. 40-43). The Pharisee was being hypocritical and lukewarm in his judgment of the woman; because, although she had been a prostitute and pagan, her great weeping and visible worship of Jesus, shows that her repentance from sin and love for God were now very deep. Unlike the Pharisee, who doubted that Jesus should even be called a prophet (v. 39). Henry concludes, “The reason why some people blame the pains and expense of zealous Christians, in religion, is because they are not willing themselves to come up to it, but resolve to rest in a cheap and easy religion.” 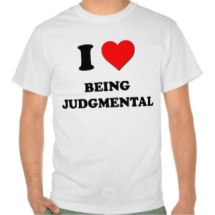 4. Romans 2:1-4. Paul teaches, just like Jesus (Matthew 7:1-2; Luke 6:37), that it is wrong for hypocrites to judge others. He is not teaching non-judgmentalism, but was rebuking some unrepentant carnal Christians in Rome who were criticizing others (v. 5). This means, that in this Scripture, Paul was judging someone!

5. Romans 14:4, 10-13. Paul is not teaching a full scale non-judgmentalism in these verses! If you read the whole chapter in its proper context, it becomes clear that the subjects he was addressing were “disputable matters” of the conscience (v. 1), such as keeping a Sabbath day (v. 5), or being a vegetarian (v. 2). Paul makes himself clear that all foods are clean (v. 20), but he directs Christians who already know this, to not be judgmental toward those Christians who aren’t so sure (v. 15). Vegetarian Christians don’t yet realize that God has cleansed all foods (Acts 10):–but they are still saved if they maintain a clear conscience toward God. God will judge their lives as well as ours (v. 12):–”therefore let us stop passing judgment on one another” (v. 13) about such petty issues. Paul teaches flexibility and tolerance about such issues of the ceremonial law; but he does not teach an antinomian, full blown non-judgmentalism about all morality and sins (the moral law). Paul was teaching non-judgmentalism to be directed at those Christians who were not mature enough in their faith to completely abandon the ceremonial law; again, he was not teaching non-judgmentalism about the moral law. David Kinnaman, however, teaches non-judgmentalism about major issues of sexuality and morality such as abortion, homosexuality, divorce, prostitution, and adultery (pp. 182, 184, 196, 201). Neither Jesus nor Paul taught Christians to be non-judgmental about the moral law; especially sexual sins.

6. 1 Corinthians 4:5. This verse was directed to a particular group of people in the church of Corinth who were unjustly and arrogantly judging Paul as a false prophet and false apostle (v. 3, 18-20). Henry and the Puritans called it “censoriousness” (nitpicking; faultfinding; being severely critical). They didn’t really know him or his heart, but were passing judgment on his motives anyway (v. 5); and saying that he was evil. He reminds them that he will have to face God on the Day of Judgment for everything he is doing and every motive in his heart (vv. 4-5). God, who is all-knowing, and judges perfectly, righteously, and without favoritism. Paul is telling a particular group of people at Corinth who were calling him a false apostle:–”Wait until Judgment Day, then we’ll all see what God says about me and my motives.” This verse does NOT teach non-judgmentalism. What a total removal of the verse from its original context! Kinnaman would have us believe that all Christians at all times should suspend their judgment toward the gross and obvious immorality in other people’s lives (and implicitly, not warn them that they are in danger of Hell), because God will all judge us Himself on the Day of Judgment. Recently I saw a thug wearing a shirt that said, “Only God can judge me” (probably from the cuss-filled 2Pac rap song). That’s not true! Men are created in the image of God, and have the capacity to think critically; and discern right from wrong; and warn against all wrongdoing; and teach all righteousness! What Paul is saying is, “You people don’t really know me; also, you are arrogant and are saying things that are not accurate at all…but God, who knows all things, will judge me one day.” Paul is not telling all Christians to be non-judgmental to all sin in the world! He is NOT teaching “Only God can judge me; don’t judge me; you don’t know me!”:–as if this applied to all moral issues; and all relationships. He was applying a principle of righteous judgment, which was also the teaching of Jesus, to be modeled in the church of Corinth. In other words, if you’re going to judge someone, make sure you have sufficient evidence, and are trying to make an accurate, honest evaluation of the facts; and are being humble about the matter, making a judgment that is based on clear indisputable reasons and evidences. Otherwise, you are arrogant, illogical, and would serve as a poor judge in any court of law (unless it was a kangaroo court that totally perverted justice).

7. 1 Corinthians 5:12. God judges non-Christians who don’t go to church and are not part of the church community. But Christians within the church community are to judge each other. “The time has come for judgment to begin at the house of God” (1 Peter 4:17). As a friend of the world is an enemy of God (James 4:4), so it is not possible for Christians to accurately judge the personal lives of non-Christians since they don’t (or shouldn’t) know them that intimately. What a rebuke to friendship evangelism! Kinnaman assumes that Christians should be friends with non-Christians and in a non-judgmental manner about their sin throughout his whole chapter! Clarke rightly said, “Christians who wish to retain the spirituality of their religion should be very careful how they mingle with the world. He who is pleased with the company of ungodly men, no matter howsoever witty or learned, is either himself one with them, or is drinking into their spirit. It is impossible to associate with such by choice without receiving a portion of their contagion. A man may be amused or delighted with such people, but he will return even from the festival of wit with a lean soul.” Paul says, “Do not be misled: ‘Bad company corrupts good morals’” (1 Corinthians 15:33). However, Christians should obviously preach against the sins of the world when they practice evangelism in public, whether by means of open air preaching, one-to-one witnessing, etc. Without the preaching of God’s law there can be no preaching of God’s grace (the Gospel).